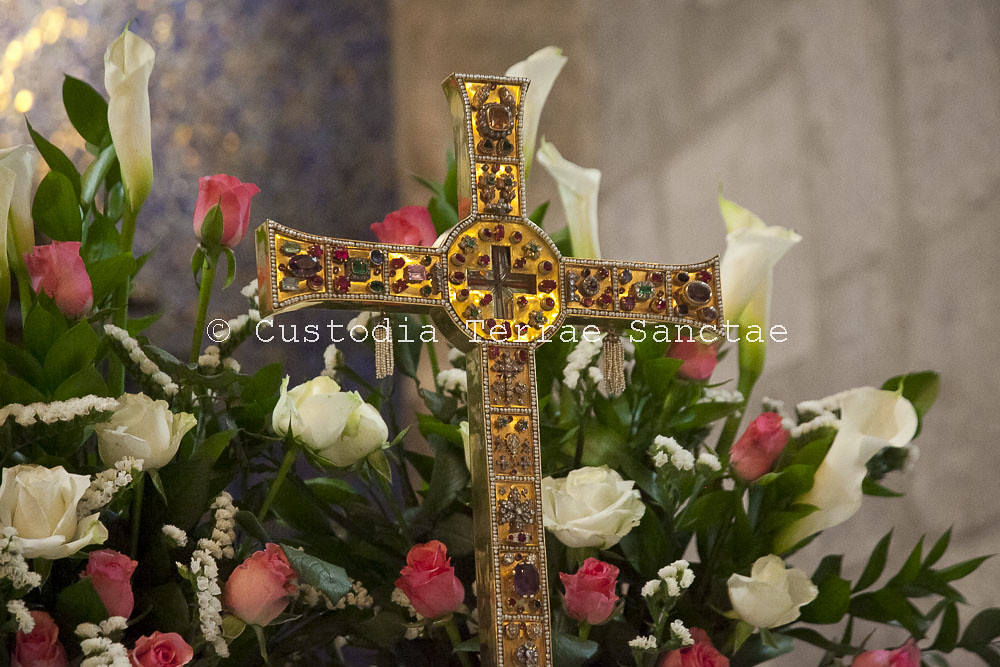 Feast of the Exaltation of the Holy Cross

EXALTATION OF THE HOLY CROSS

Like St. Francis, the poet and Jesuit priest, Gerard Manley Hopkins, understood that the things of this earth can lead us to God. In 1877, he wrote: “The World is charged with the grandeur of God.” Objects, nature, inanimate things, even those things sometimes used in despicable ways, can lead us to God and to worship of only God. This is because all of creation is from God.

This is why we exalt the Cross. The cross – at the time of Christ a symbol of degradation, shame and death – has become the instrument of salvation. It is the tree of live renewed.

Firstly, it commemorates the tradition that St. Helen who, through divine inspiration and a miracle of healing, found and identified the Cross on which our Savior died.

Secondly, it celebrates the Dedication of the Basilica of the Holy Sepulchre, which the Emperor Constantine had built over the site of Calvary and the Holy Tomb, after his mother’s revelation. The Basilica was Dedicated 13 and 14 September, 335. This date was celebrated regularly in Jerusalem, and by 720, it had spread throughout Christendom.

Thirdly, it commemorates the return of the True Cross to Jerusalem by the Emperor Heraclius, which was taken in the Persian invasion of Jerusalem in the Seventh Century. An interesting tale of its return can be read at this link.

The Diocese of Jerusalem celebrates this Feast on 14 September with the rest of the Roman Catholic Church. The Greek Orthodox Church celebrates this Feast on 27 September. The Invention of the Holy Cross, which is an older commemoration, was celebrated by the Diocese of Jerusalem on 7 May and on 4 April (Veneration of the Holy Cross) by the Greek Orthodox Church in Jerusalem.

ThoughtCo. "The Feast of the Exaltation of the Holy Cross." Learn Religions, Sep. 4, 2021, learnreligions.com/feast-exaltation-of-the-holy-cross-54247

Ecumenical calendar out now! - 30 NIS at the CIC